What other thing can simulate experiences the way a film does? Through this visual art that has so evolved over the past century, we can communicate perceptions, feelings, and thoughts in the most expressive way. 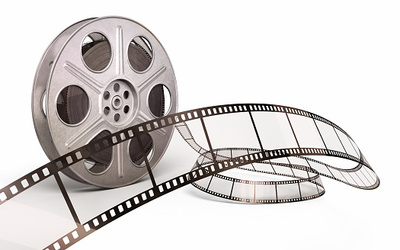 8 Bucks Productions is a growing production destination at the heart of England’s most vibrant creative community. Our inspiring and eclectic studio space has hosted several films as would be discussed in the later parts of this page. We are passionate about giving life to ideas through expressive scenes where emotions are shared using words and actions. We value communication in our team which is why we are fully implicated in everything we set out to do.

Over the years, we have had the chance to work with some of the most talented actors in the UK. We challenge adversity in our work by accepting people from all parts of the world so long as they grasp the concepts that define our team. We strive to deliver quality cinema that takes us into the depth of our imaginations by bringing to life original and authentic stories. By creating our movies and meeting people, we have inspired some of the most successful independent filmmakers of current times.

It is impossible to talk about our projects without mentioning the names of those who toil daily for us to meet general objectives. Our production crew is a family where each member is responsible for contributing to the daily functioning of the company. Through our networking skills, we have been able to build a team of open-minded individuals who are excited about brainstorming ideas to convert them into engaging finished products.

Paul rhymes with each photographic work in our studio and that’s what makes him our Director of photography. He plays a brilliant role in designing each shot and makes decisions about the lens to be used, filter, and lighting to achieve specific effects. Paul’s skills and talents make him a real deal for artistic and technical details. When he takes a moment out of his photography shoes, Paul is an interesting actor to watch.

Adam is probably the sanest team member we have on board. Through his balance of sanity, he can influence the work atmosphere even when it is least expected. For several years now, Adam has been actively working in the movie industry with several known film-making companies in the UK. While a movie is in the making, Adam is the guy who sometimes controls and moves the camera to get the best angle of each scene that our viewers enjoy. In this position, he works in close collaboration with Paul to ensure that our projects get the best light effects and filters.

Phil Taylor is an extremely talented actress who sees every act as a challenge. She is a brave and social player who is always ready to embrace new concepts. Phil started up with us as an assistant camerawoman and after a while, we couldn’t help but realize her ability to take up different personalities effortlessly. Today, Phil is an integral part of our team and we look forward to more projects with her expertise.

One of the traits that define Jamie or James as we call him, is his Irish heritage and rather strange ideas which sometimes seem to be in contrast with the cool person that he is. At first view, many would describe him as cloudy waters that no one can see through but on getting to know him better, we discovered that this facet was just a smokescreen to hide his true nature. Jamie is a critical thinker and a curious individual whose desire to get more knowledge puts him in a good position to see even the slightest flaws in a project. On many occasions, this gift of his has saved us from issues though we must admit it has caused us trouble at least once. When he’s not sharing his thoughts on how to shoot the best scenes, James supervises our scripts to ensure that they are near perfection.

Simon is a former fighter who had never been defeated at any time by his opponents. When he felt his time building muscles and dashing out blows had come to an end, he joined our company as an actor. This single man gives our production a sense of urgency, he sees no reason why work should be carried to a later date when it can be done right away. In some way, he inspires us to attain our objectives smartly and rapidly. In our movies, Simon is the guy who enjoys changing outfits countless times and wants everything done fast so he can take his leave.

In our crew, Mike is the tech guy for every production. He knows just how to go about every installation for setting up lights for filming. He also assembles and builds the dollies, tracks, and all equipment we need to shoot. When our director of photography has a crazy vision that must come to pass, Mike knows exactly what to do to make it a reality.

Nothing best defines us than our completed projects. Led by personal experience, imagination, and fiction, we are glad to briefly present some of our most successful works.

Apple on the Beach was inspired by this inner urge that pushes many to seek some form of equity for what they see as being unjust. It is the story of a man who sets out on a quest for justice owing to what he has lived. To get to the end of his road, he must conquer emerging danger at every corner and fights assassins. Will he achieve his goal?

In this film, we tell the story of two wandering drifters who find their way to a bird hide. A deadly cat-and-mouse game then ensues as a massive shootout where several thousands of ammunitions are expended. As it all unfolds, the main question is: who will be left standing when the last gun goes silent?

There’s a blue bridge over a small river and a man walks through it. Suddenly, he is overtaken by a strange haze in the air and in no time, he has the conviction that something is about to happen. That’s how an endless battle begins.

The Thief Lives is a chase film where only one thing is certain at the end; people have the potential to run as fast as bikes. There’s a payphone, a bike, and two ordinary individuals. At first thought, these elements are not related but who knows, you might just be wrong.